Thank goodness for my boyfriend and number one fan, Steve, who is always taking pictures and documenting my various craft activities (having a new camera and lens doesn't hurt, I guess). Due to popular demand I've been working on some more iPhone cases to replenish my Etsy Store which has been seriously lacking lately. Some of the prints are ones you've seen before and some are brand new! I'm thinking I may need to make a new one for myself...
I'll let you know when they're up and available for purchase! xoxo 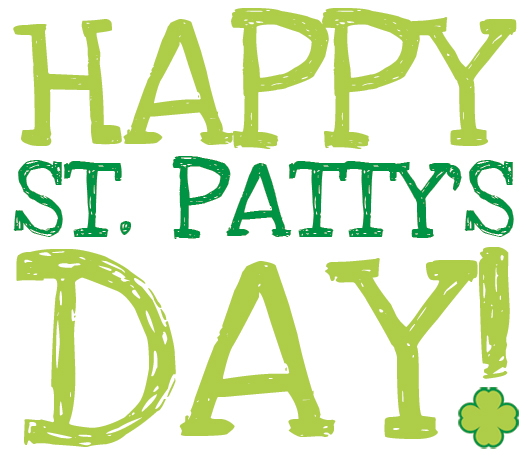 St. Patrick's Day has always held a special place in my heart (and wallet). After years of living and waiting tables in Savannah, Georgia- known for having the 2nd largest St. Patty's celebration after Boston)- March 17th will always remind me of green beer, beads, Guinness shamrocks, pure chaos and TIPS! Celebrating in L.A. has never been quite the same.
In honor of all things shamrocky, here is a random collection of green items I love, not necessarily just for this holiday. Have a fun and SAFE St. Patrick's Day!! 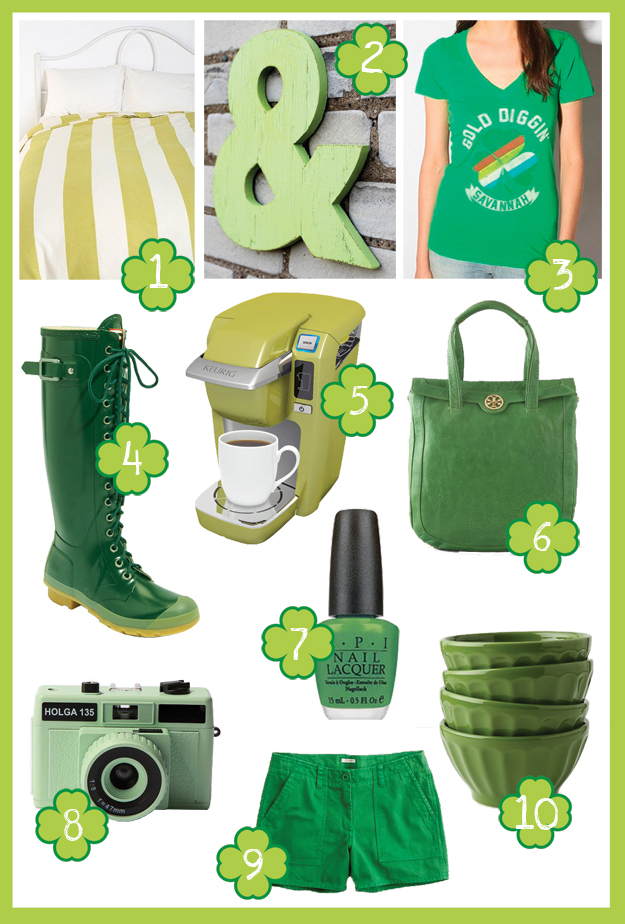 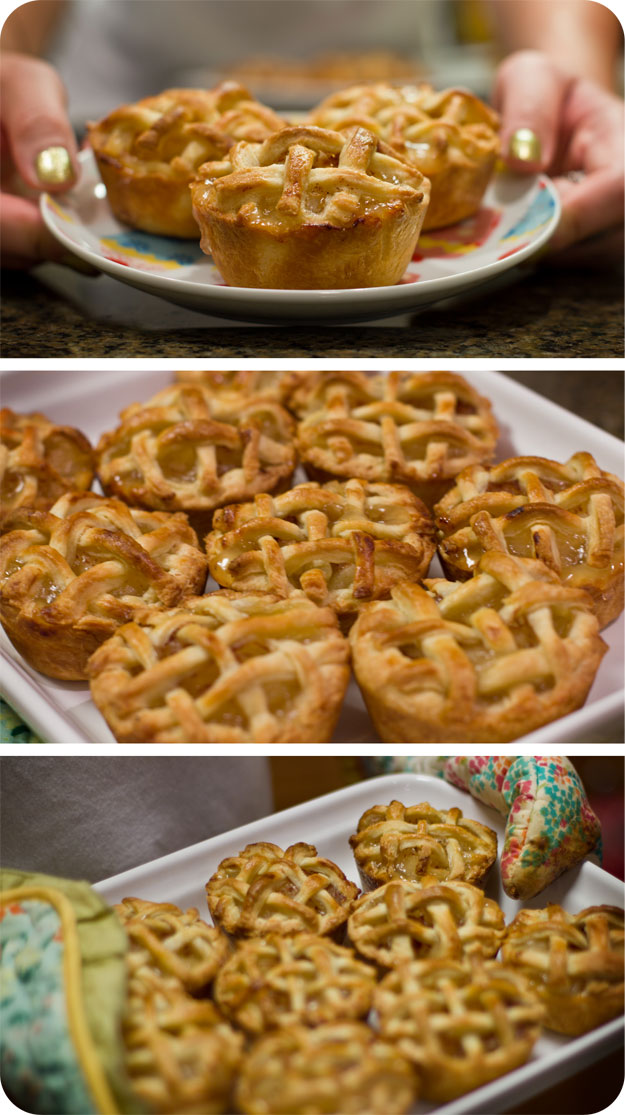 
Let the puff pastry sheets thaw. Pre-heat oven according to the canned filling instructions (425 degrees for me). Roll out the pastry sheets into a thin layer (about 1/8" thick). Cut out circles to make the pie crust- I used a large cup as a guide and cut around it since the cup wasn't quite big enough to use as a cookie-cutter. Press the circles into each cupcake compartment and create a little "rim" of dough around the top (this is important for attaching your crust "strips" later on). Put the filling into your little crusts and top by weaving 1/4" wide strips of leftover dough. Beat the egg in a bowl and add a teaspoon of water. With a pastry brush glaze the top of the pie crusts with the egg mixture (you can skip this step, but I like the nice, golden shine it creates). Now you're ready to bake! **Useful tip: I had intended on following the filling instructions for cook time, but because these pies are so tiny you don't need to bake them as long. Mine had said to bake for 45 minutes, but I cut it down to about 22 minutes. I think they cooked perfectly, but I like a crispy crust. For a flakier, softer crust just keep and eye on your pies and remove them when they're to your liking**
Finally, remove from oven and enjoy!!! They're the best when they're fresh and ice cream doesn't hurt, either ;-) YUM!
Posted by nontra at Wednesday, March 16, 2011 1 comment: 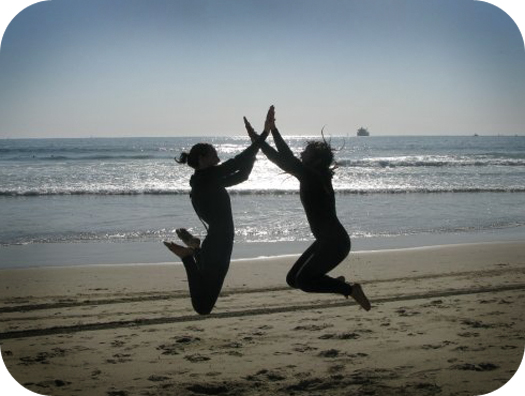 It's supposed to be 75 degrees and sunny in L.A. this weekend for the first time in awhile and I CANNOT WAIT. I feel like we missed out on good weather all of last year, so Mother Nature better be making up for it early in 2011! I won't be surfing this weekend because 1) it's still too cold and 2) I'm extremely rusty, but I thought this picture of me and my friend Candice kind of looked like an "early spring" day by the beach, which I'm looking forward to :-)
Happy Friday everyone! Hope you have great weather too! xoxo
Posted by nontra at Friday, March 04, 2011 No comments: 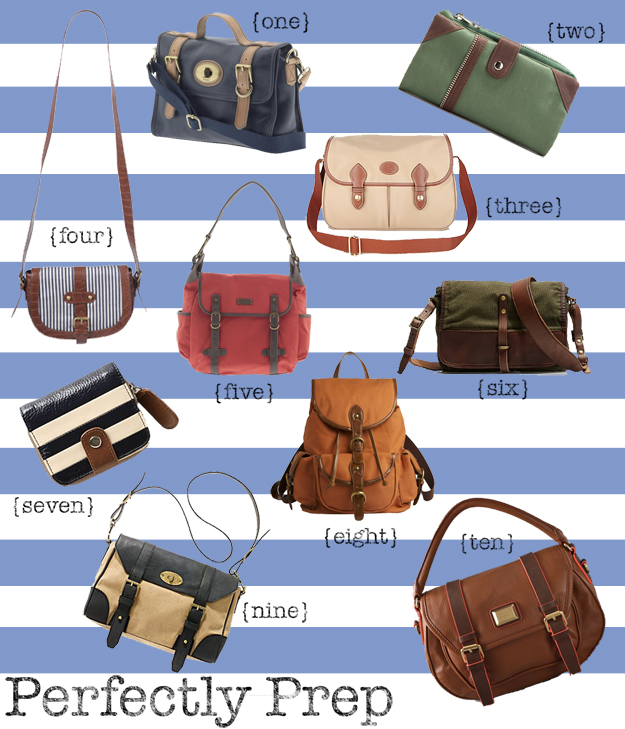 Spring Scarves to Wake Up Your Wardrobe

I have always been (and always will be) a jeans-and-t-shirt kind of girl. Don't get me wrong, I love clothes. I eat, sleep, and breathe fashion, but at the end- and beginning- of the day, comfort always comes first. However, there's a major downside to always dressing casually- you always look the same! So what's the solution for someone like me, who rocks the same basics 5 out of 7 days a week? SCARVES! Okay, well, accessories in general work, but scarves are my favorite. They're versatile, they come in all colors and prints, they're super comfy, and they come in handy in public places when you need to cover your nose and mouth from funny smells (random, but SO true).
Since I'll soon have to pack up my various chunky, cable-knit options... here are my picks for spring scarves. 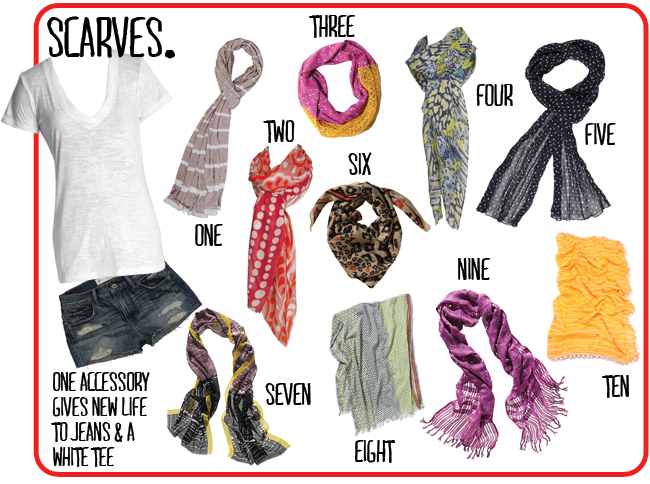 (images "borrowed" from WGSN, Cupcakes and Cashmere, the vogue diaries and YesStyle)
A few months ago my way-more-fashion-forward-than-I-am friend, Michelle, mentioned the need for a new staple in her closet: a fur vest. At first I thought it was the kind of thing she, and only she, could pull off. I've always stayed away from furs because I don't like feeling like I'm wearing my dog AND there's that whole allergy thing that always comes into play with items like that. Needless to say I was skeptical.
Man oh man was I WRONG. Fur vests, jackets, boleros (real OR fake- I prefer the latter)... are EVERYWHERE and they are the more-than-perfect finishing touch to any winter outfit, dressy or casual. I know the season for these things is just about over, but after fashionistas were shown sporting them all over NY Fashion Week I can't help but feeling like I missed out on some kind of huge fur-mania bulletin. Next time Michelle warns me about a trend, I'll be sure to take note ASAP.
Posted by nontra at Wednesday, March 02, 2011 No comments: