As I've mentioned many times before, I have an obsession with anything monogrammed. It could be because I happened to get one of the coolest letters ever, "N", but that's a biased opinion. I also love ampersands. I know, I'm weird.

Steve and I have done some major home decor renovations in the apartment the past couple of months (my way of coping with the fact that we didn't purchase my Westchester dream-home as I had led myself to believe we would). As part of re-doing our oversized hallway, I wanted to find an "N", "&", and "S" to hang above our mirror. Unfortunately, the fabric-covered letters from Anthropologie are a little to feminine for my boyfriend's taste and, unless I want NY Giants memorabilia evenly spread throughout the house, I have to respect his wishes for a not-too-girly apartment.

Most craft stores sell pre-made, unpainted paper mache' letters, but there's only one option- Serif Font, capital letters only. I wanted something a little more vintage looking and lower-case, so JoAnns was not going to be help me out this time. Then I found this helpful DIY blog post from Me Like Stuff where she explains how to make your own "Big Letter".  Here's my take: 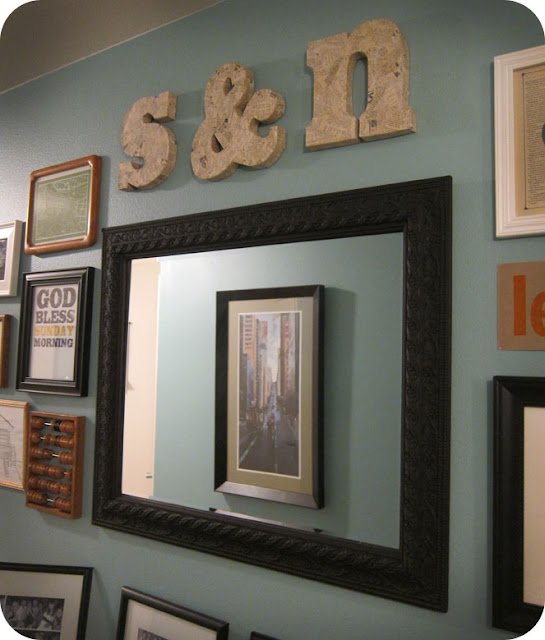